About
Our goals
Technologies
Participate
Examples
Our contacts

SYPWAI is the place where ideas are created and brought to life!

Technology is changing society. Digitization is challenging the way we live. These changes establish facilities and ways of solving problems that weren’t possible before. We already live in a world where artificial intelligence systems can do things that only humans could do before. In some cases, these systems can do tasks even better than we can. Artificial intelligence can now simulate human speech, translate languages, diagnose cancer, draw up legal documents, and play games (and even outcompete humans). We already live in a society where systems can perform tasks that we did not believe would be possible in our time. 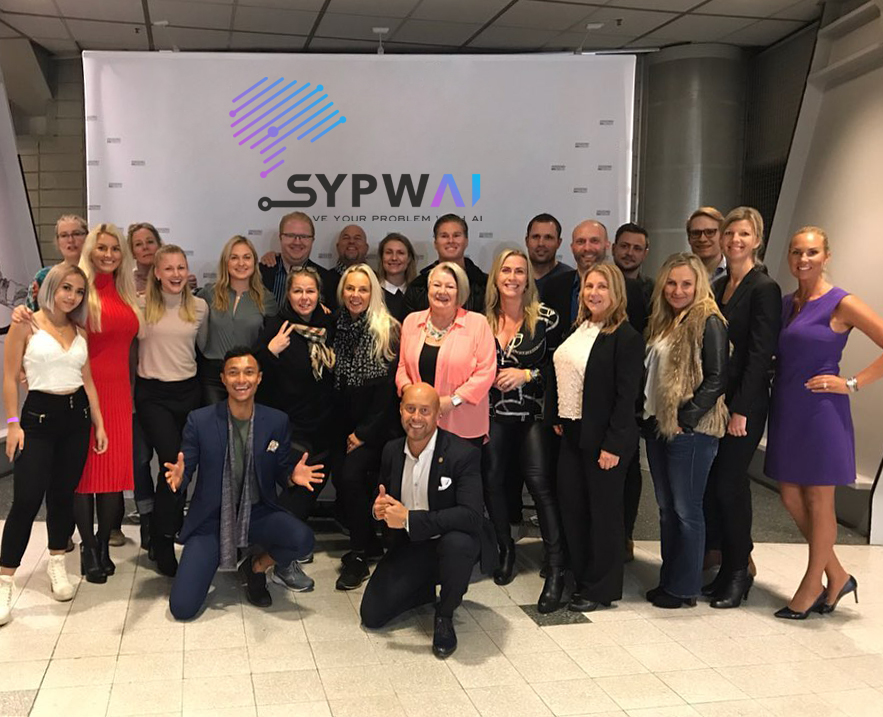 The artificial intelligence capabilities will continue to expand. SYPWAI has joined the ranks in the AI development and training. It has been able to grow from a simple startup to a large project with new discoveries.

SYPWAI’s path to success, how it all began

In January 2016, it became known that TheNeurosphere intended to develop the SYPWAI AI platform.

“A whole new economy will emerge, filled with goods and services, driven by artificial intelligence”, one of TheNeurosphere’s employees described the new platform in 2017. The company was established on January 22, 2019, by Ngo Bao Chau, Abdigani Diriye as a managing director, and was founded by TheNeurosphere. The platform finished testing its feature set in October 2020, the platform is available to everyone.

Lifeasapa invests in small startups for the commercial benefit of selling the products/services/development of the startups. One of the most successful projects that Lifeasapa has launched has been SYPWAI, developed by TheNeurosphere. In December 2018, TheNeurosphere received a $90 million grant and immediately began active work on its startup to bring it to life.

SYPWAI is a state-of-the-art artificial intelligence project. The company operates in one of the world’s largest markets for the global science development, which is measured in trillions of dollars. SYPWAI specializes in the neural networks development and training. The company provides its services to the largest commercial organizations working in various fields where AI technologies are applied.

What’s the main purpose of the development

The purpose of the development is to reduce mankind’s carbon footprint, save the business resources in manufacturing products, optimize production and help to solve global problems, as it can influence for example the amount of electricity consumed to optimize expenses. Another example of the development use – it can simplify the production of prosthetic devices, it will choose the optimal composition and amount of materials, help to accelerate the development of artificial intelligence in other areas, such as autopiloting, robotics, etc.

Artificial intelligence (AI) has become a key aspect of the future. This also applies to information technology and the many other industries that rely on it. AI and related technologies have positively impacted the IT area. Simply put, artificial intelligence is a branch of computer science that seeks to turn computers into intelligent machines that would otherwise be impossible without direct human intervention.

The design, operation, and technology used

Artificial intelligence rapidly enters almost all industries. AI-based technology influence the resource spend dynamics, introducing new market participants and changing established perceptions of value on a day-to-day basis. Some companies use AI to improve how they analyze securities and make investment decisions, while others use it to improve core operational processes. AI make more accurate forecasts, fewer errors and show greater efficiency for the investment industry.

The SYPWAI operation principle is as follows – you buy the device, download the app, read the QR code, and then you will receive instructions on how to work with the device (you can work from a PC, a phone or tablet). The data channel is encrypted and can not be intercepted and replaced by another one, it is also impossible to edit the device code. SYPWAI will identify the platform user: you will have to upload all necessary documents and data once, so anyone can then put their hand in developing revolutionary artificial intelligence, training neural networks and instantly transfering them to partner services and using their services both inside SYPWAI and on the main service websites.

The platform’s simple interface makes it possible to select artificial intelligence capabilities and automatically combine them together so that they function as a single application. The platform is developed based on open source technologies and can integrate with the various artificial intelligence tools available today, providing easy access for developers and enterprises.

Examples of training and results of data integration in manufacturing

Humans train neural network through different kinds of tasks, e.g. task to select some image with particular object on it, tasks of varying complexity. For example, there are Google and Yandex, but they have a slightly different goal – to learn more information about the local offline business, they ask the user to take a picture of an offline establishment, to check the opening hours, etc.

TheNeurosphere is known for developing an innovative approach to training neural networks. Artificial neural networks (ANNs) are now an important extension of the computing concept. They have already solved a number of difficult problems and can develop new programs and devices, capable of solving problems that the human brain cannot. SYPWAI helps to perform simple tasks to train a neural network and get a monetary reward for this, the assets are stored in a “cold wallet” and are insured. The SYPWAI platform ensures complete anonymity to its clients, if the client does not want to tell about his achievements. That means that market makers and other third-party companies will not be able to obtain customer data. At the same time, platform users will have to go through identification procedures.

How to participate in the program

Now, you can take part in the neural network training in the test mode – you can get the referral link from the regional manager, who will register the user, give instructions and answer general questions. The timeframe for launching the full-fledged program has not yet been disclosed, while the data sent by the first participants is being analyzed.

Having received a grant for its development, the SYPWAI project began to grow very quickly and it soon became known to millions of people around the world. As a matter of fact, since its launch, the relatively young startup has been able to gain the recognition and respect of many large holdings and corporations that ask for help every day.

The algorithm for neural network training involving humans has two directions: general and special. For general training a person needs to have basic computer skills and be able to distinguish a heron from a giraffe in a picture. This algorithm is similar to the educational game for children. People of absolutely different age, social status and professional skills can take part in it. To start special training, it is necessary to be an expert in a specific area, such as medicine, physics, chemistry, engineering.

The focus of SYPWAI’s operation is not its own expansion, but the development of companies that have asked for help. The platform works for the benefit of people, trying to help both large corporations in optimizing their business processes and people, giving them the opportunity to earn money.